This article first appeared in Wikipedia until August 15, 2014, as “Wikipedia: Bill Wohlsifer.” It is reproduced here for perpetuity. It can also be found at https://deletionpedia.org/en/Bill_Wohlsifer and at https://en.everybodywiki.com/Bill_Wohlsifer.

William (Bill) Wohlsifer is an American attorney and member of the Libertarian Party who ran in the 2014 Florida Attorney General election as Florida’s First Libertarian candidate to run for that high office.

Professionally, Wohlsifer has practiced law since 1996. He currently practices commercial debt collection and copyright and trademark litigation throughout the State of Florida. [2] [3] [4] [5] 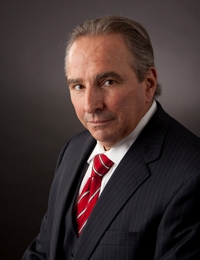 Wohlsifer supported the legalization of medical marijuana in Florida. He has written past legislation on this subject, beginning in 2013 with the “Cathy Jordan Medical Cannabis Act.” In 2015 he co-authored the Florida constitutional amendment ballot initiative known as the “Florida Cannabis Act” that mustered the requisite signatures for inclusion on the 2020 ballot but was struck down by the Florida Supreme Court (ruled 5-2) on June 17, 2021.[6] [7] [8] [9] [10] [11]

Wohlsifer advocates for the creation of an industrial hemp cultivation program in the state. To do so, Wohlsifer claims, would generate tax revenue, revitalize vacant farmlands, add to the sale of farm machinery and agribusiness supplies, and create jobs.[12] [13] [14]

He supports the freedom of Floridians to exercise their 2nd Amendment rights, aiming to work within the courts to uphold and to harmonize the law toward allowing open carry under substantially similar regulations that currently apply to concealed carry under statute.[15] [16] [17]

Wohlsifer is married to Stephanie Tassos Wohlsifer, a jazz pianist/vocalist, and has two children. [21]